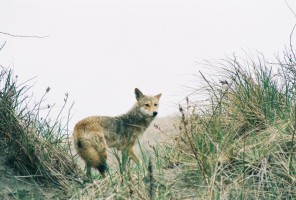 National Wildlife Refuges are part of a national system of lands and waters set aside for the conservation and protection of diverse plants and animals.  The five Rhode Island refuges, totaling approximately 2400 acres, are a vital part of the National Wildlife Refuge System. Located along the Atlantic Flyway, Rhode Island refuges provide resting, feeding and nesting habitat for more than 250 bird species.  There are protections for special habitats including wetlands and barrier beaches.

The Friends support the interpretive and education programs given on the refuges to help everyone better understand the relationship between wildlife, habitat and land management.  Many of the refuges become learning laboratories where environmental education programs help teach youth about fish and wildlife.  The Friends were instrumental in the development of refuge programs which reach out into the classroom to augment science and nature curriculums.

The Friends annually sponsor a photo contest as a means of drawing people to the refuges.  Prizes are awarded in four categories: flora, fauna, landscapes or habitat, and children 14 and under.  All photos must be taken on one of the five refuges.

This annual art competition, held in conjunction with the art and science departments of Rhode Island schools (K-12), helps youngsters learn about waterfowl through the medium of art.  The State winner competes in Washington, D.C. In 2010 the top entry from Rhode Island placed third nationally.  Over 600 entries from school aged children are submitted each year.  The Friends of NWR promotes, coordinates, hosts and financially supports the event.

Friend's financial support, along with that of others, enabled the installation of solar panel arrays at Sachuest Point and Trustom Pond thereby allowing the visitor building at those refuges to remain open year round rather than seasonally.  The Friends assists the refuges staff with projects designed to meet the goals of the Comprehensive Conservation Plan for the state's 2400 acres of federal refuge habitat.

Every organization needs money in order to meet their goals.  The Friends run the gift shops at Kettle Pond Visitor Center 50 Bend Road, Charlestown and at Sachuest Point in Middletown.  They also sponser a June wine tasting fund raiser which includes a silent auction.  Every dollar collected goes back to care for the RI refuges.